After being excluded from mainstream school, Peter* had been out of education for a year. Not only did Tram House School give him a fresh start, we gave him the support he really needed. Now he’s becoming more independent and learning to communicate effectively.

In his previous school, Peter would run away from support staff. He would bite and pull others, grab food, headbutt and scratch.

Because Peter is non-vocal and has no form of functional communication, he struggled to express his feelings. This meant staff found it difficult to meet his needs effectively.

Ultimately, his behaviour limited his learning and led to his exclusion. 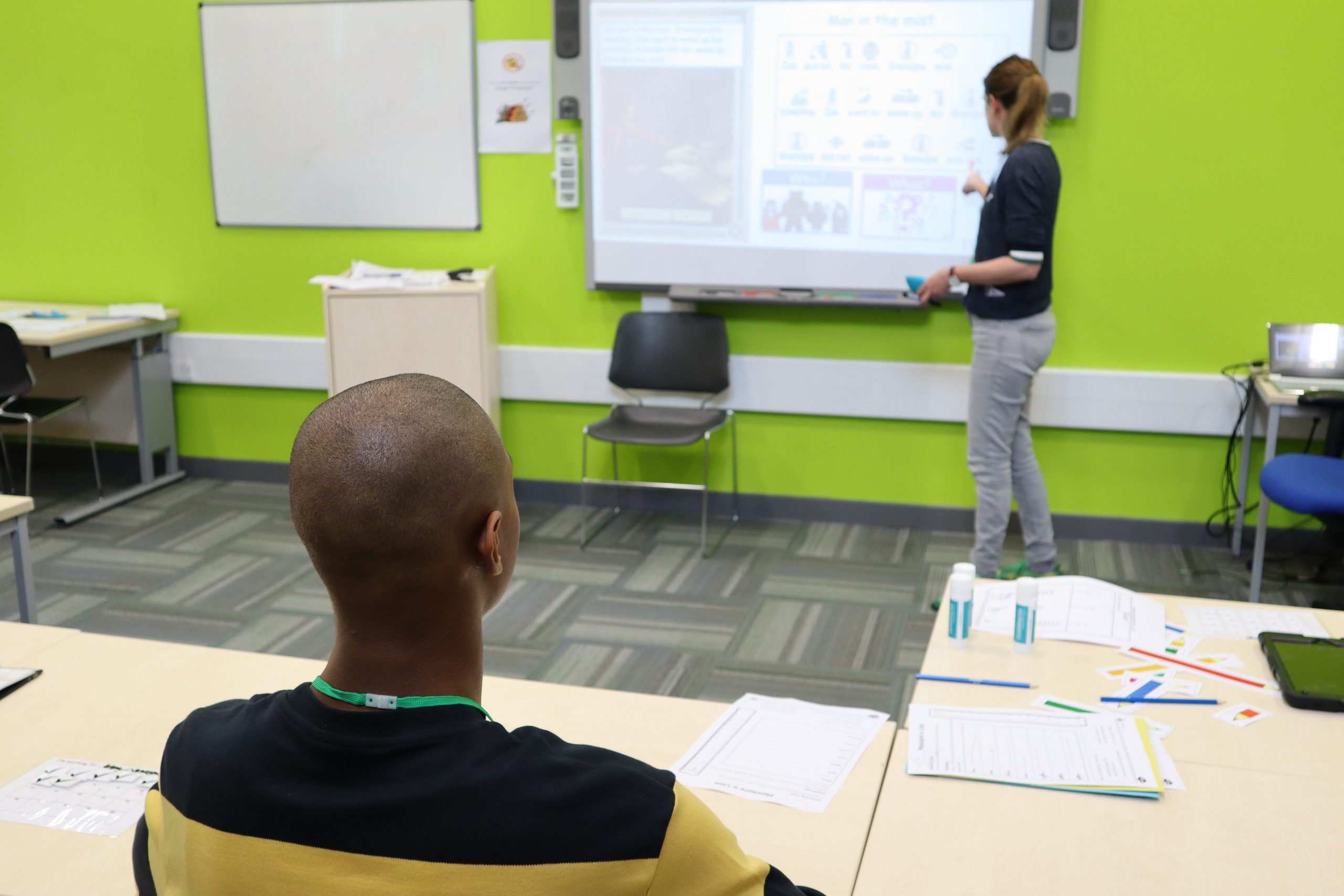 When Peter arrived at Tram House School, he needed 2:1 support for his own safety and the safety of other pupils.

The staff quickly realised he would bolt in corridors and rooms, climb on window sills and furniture, and place non-edible items in his mouth.

He also couldn’t sit down for more than a few seconds, communicate his basic needs, or eat with other students due to socially inappropriate behaviour.

During Peter’s first weeks at the school, we took detailed data on what triggered his behaviour, what the behaviours looked like, how the behaviour was managed and how long each episode lasted.

By understanding why Peter displayed his behaviour, we were able to design a detailed behaviour intervention. A range of strategies were put in place, including:

We also assessed all areas of Peter’s language, learning, self-help and independence skills, to identify areas of strength and weakness, plan a tailored curriculum and set goals.

Peter no longer needs 2:1 support and only needs additional staffing in higher risk settings such as when he’s out in the community.

He is now able to:

When he joined, his socially inappropriate behaviour caused him to be excluded from social snack and lunch times. Now he mixes in social groups and joins in activities without displaying that behaviour.

Helping Peter live his life to the full

Moving forward, Peter will learn a growing range of skills for daily life to help him become more independent.

Our support staff will continue to develop his awareness of risk at school and in the community. We’ll also continue to encourage him to use PECS to make sure his voice is heard.

*Peter is not the pupil’s real name and has been used for anonymity.